The Big Give at the Karsh Center was an incredible event 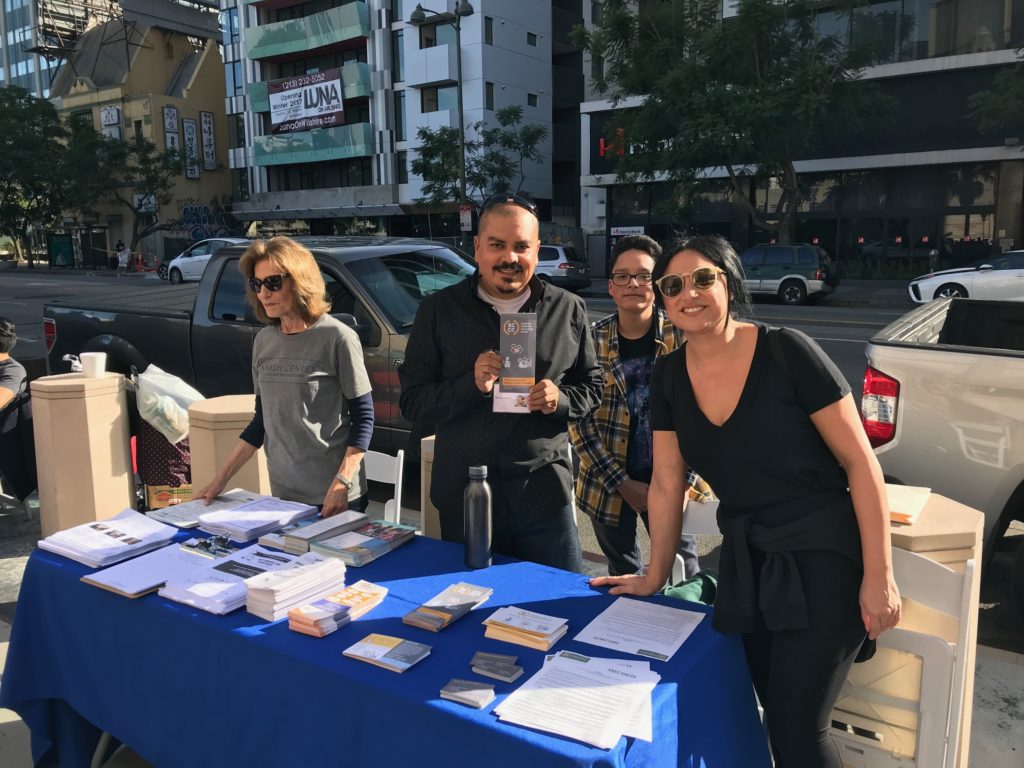 Each year, on the Sunday before Thanksgiving, the Karsh Center assembles 1,000 complete Thanksgiving dinners-for-four and distributes them to families in need at an event they call “The Big Give.”  This year, the Karsh Center invited their community collaborators to present their services to those lining up for their Thanksgiving dinners.  On November 19th, several members of the Southern California Counseling Center team headed to Koreatown to participate.

“It was a humbling experience,” says Arezou Yashoua, Clinical Client Coordinator at SCCC.  “While it’s just the tip of the iceberg in terms of what the Karsh Center brings to the community, watching the army of volunteers work together to bring Thanksgiving meals to so many families was deeply moving.”

“It feels great to be able to be among the community members and give back,” confirms Michael Manzo, an SCCC Outreach counselor.

The Southern California Counseling Center is proud to collaborate with organizations like the Karsh Center.  For more information about the types of services available to all SCCC clients through the Karsh Center, click here.

It was a long line, but The Big Give went off without a hitch!